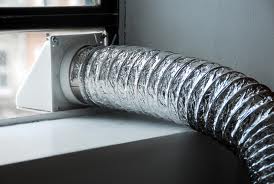 Dryers look innocent but they can be the most dangerous appliances in the house. All it takes is improper installation or clogged vents to ignite fire. Dryers are actually the main cause of thousands of house fires every year and apart from costing a lot in terms of property damage, they can also take lives.

The truth is that they are extremely important appliances for modern families and definitely they are not set in fire just because you used them a couple of times without maintaining them in between. Though, appliance service is necessary when it comes to dryers. It’s also important to have a laundry room with immediate or close contact with the external environment and ensure the appliance is installed properly. 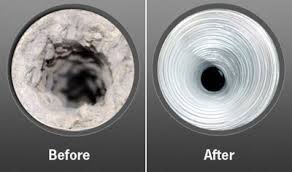 Accumulation of lint is impossible to be avoided. Lint is produced by the clothes dried and that’s why it should be removed often. It builds up in the vents, hoses and lint trap. When it is not removed, it keeps building up preventing airflow. Humidity rises and so is heat. Since lint is extremely combustible, high quantities of it will trigger fire. Your top load dryer produces high temperatures in order to dry the clothes. Air must have the space to flow freely and a clear exit point. When this point is clogged with lint, the appliance will stop “breathing” properly and the high temperatures will cause a fire.

It is important that the ducts and hoses remain clean. Lint is easily removed from the lint trap after every cycle but occasionally, you must also make sure the vents are cleaned, too. You must make room for the air to get into the open air and that’s why the location of the dryer in the house is important. The shorter the distance from the appliance to the open air, the better! The vents must not travel longer than twenty five feet and they shouldn’t bend. If these installation rules are not followed, air won’t travel as fast as it should and airflow will be restricted by bent corners. The vents must be straight and short. After all, they will be cleaned easier this way.

Learn how to see the signs and avoid accidents from dryers

It’s also important to use the dryer properly. Don’t keep rugs and other flammable materials or chemicals close to the appliance. It’s also vital to avoid drying clothes, which are soaked with chemical substances or too much oil. Make sure they are washed again and again and still keep your mind when you dry them. On top of everything, it’s significant to learn how to recognize some signs, which scream for appliance repair.

Call FC Appliances Repair. These are all signs that something is wrong with the dryer and the most common problem is limited airflow due to over concentrated lint.